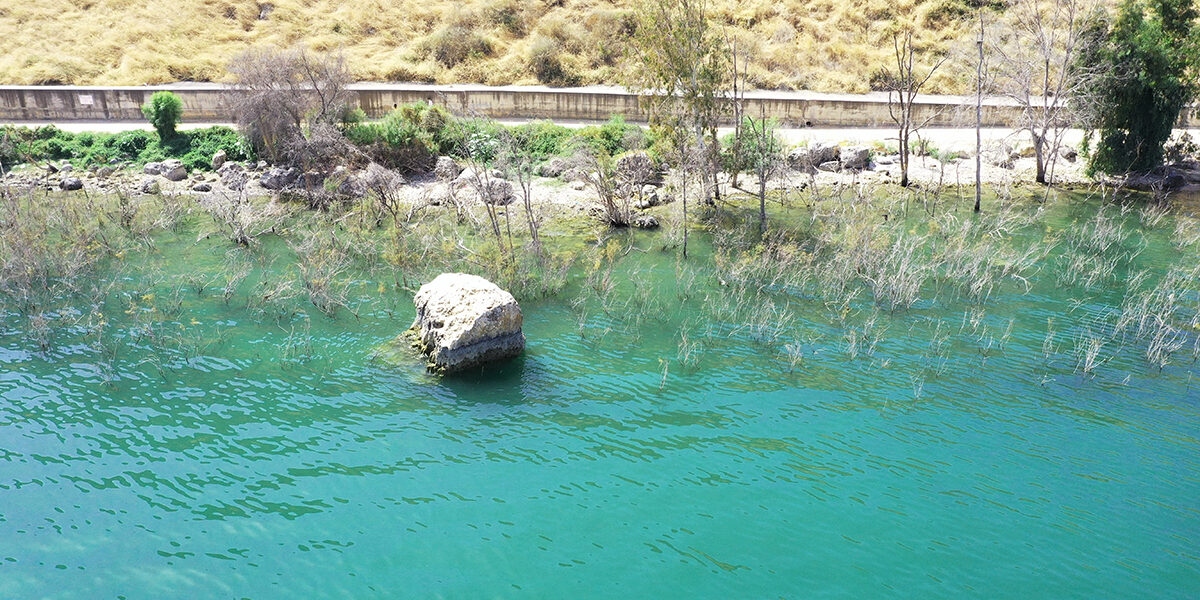 The Rock of Ants

One kilometer south of Magdala, a little offshore, there is a rock of considerable size. Possibly it fell off from Mount Arbel in ancient times and since then it remained there, a few meters from the shore. Locals call it the Rock of Ants. A dubious popular explanation says that it received this name because originally it would have been a huge anthill. Apparently, this rock would be what Jewish tradition calls “the Tooth of Tiberias”, to which some biblical stories are linked.

In 1113 the Russian hegumen Daniel Palomnik, on his way to Magdala, saw the prominent Rock of Ants. His guide, an old monk of the Laura of St. Saba, explained to him that this rock already existed in Jesus’ times, and that the Lord stood on it when he taught the people who came to him from the coasts of Tyre and Sidon, from the Decapolis and from the whole region of Galilee. We must admit that the picture that this monk offers is suggestive.

Inside the lake, next to the rock, archaeologists have found remains of columns that belonged to a small structure that once was built upon the rock, although they do not decide whether it was a place of worship or rather a lighthouse. In any case, the Christian pilgrim cannot but imagine that such a peculiar islet cannot have gone unnoticed to the eyes of the Son of God when he, like the hegumen Daniel and his guide, walked by the Sea of Galilee.