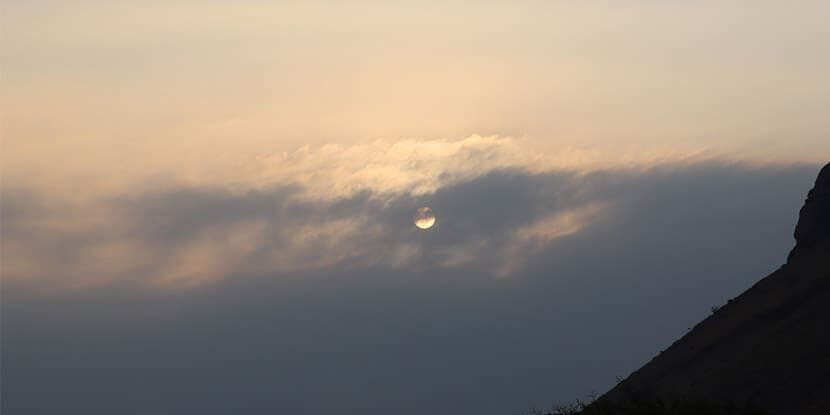 My first morning in Magdala a year ago, tall reeds formed a living green tunnel as I made my way with Soter, our guard dog, from Duc In Altum toward Capernaum along the shore. This old path has been underwater since winter, opening up new tracks for hikers on the “Gospel Trail” around the Sea of Galilee. As old footpaths become impossible to follow, nature demonstrates that new ways always open up before us as we continue forward on our pilgrim journey through life.

Now, one year after my arrival, I have the privilege of walking the age-old roads of the “5th Gospel” of the Holy Land with many of you in a novel manner, though social media. Although the actual pilgrim paths here in the Holy Land are strangely quiet during this continued pandemic, our virtual pilgrimage and retreat has allowed hundreds of thousands of you to leave your footprints in this land, raise your prayers from its sanctuaries, and meet the Friars who care for the Holy Sites. You have infused them with life, and allowed them in turn, to enliven your spirits with renewed hope.

As we began filming in Galilee at the beginning of October, daily temperatures were still well over 100 degrees Fahrenheit. Such heat encourages the formation of a sort of haze over the waters of the Sea of Galilee, hindering crisp views across the lake. Lake mist can form when moist air flows over relatively cooler water, but because the Sea of Galilee heats up so much through the summer, it is probable that our very hot air is saturated with water vapor that merges onto dust particles, thus creating a thin, transparent cloud. The panoramas remained blurred day after day while haze clung to the water like a cloud.

I found myself asking God why he chose to guide His pilgrim people with clouds. “By day the pillar of cloud did not cease to guide them on their path,” wrote Nehemiah. (Neh. 9:19) Clouds, especially those close to the ground, disperse light and actually impede visibility. It is no wonder that the Song of Songs asks,

What is this coming up from the desert,

breathing of myrrh and frankincense… (Song of Songs 3:6)

What is this cloud before me, this thing that is difficult to see and impossible to fully understand?

The column of smoke refers to God’s guidance in Exodus, and clouds signified His presence on Mount Moriah, Mount Sinai, the Tabernacle and the Temple. God’s chariots are clouds, they are synonyms for heaven, and according to the prophet Daniel’s Messianic vision, the Son of Man is carried on the clouds. Clouds were part of the Transfiguration and Ascension of Jesus, and He will come again upon the clouds.

The ‘columns of smoke’ and ‘breathing myrrh and frankincense’ of the Song, also seem to point to the clouds of incense used in adoration and worship. It reinforces the reality of God’s presence, transcendence, sweetness and offering. It not only represents our prayers and petitions rising to Heaven as described in Revelation, but incense also clouds our ability to see clearly – a haze hanging in the air above the altar. It reminds us that our finite vision will never be able to clearly see or fully comprehend the mysteries of our infinite God, even as they engage, fascinate and confuse us.

We have journeyed to the Holy Land with the Virgen Mary this month of October, asking her, ‘what is this, coming up from the desert like a column of smoke, breathing myrrh and frankincense?’ What are these 31 mysteries of Jesus’ life that are so attractive and life-giving, yet so difficult to see and impossible to fully understand?  It’s been something like stepping into a cloud of mystery with her… We have days when our vision of God seems crystal clear, followed by others when a haze seems to settle upon our faith, hope and love, blurring everything. May these mysteries continue to fascinate and summon us down our life-long pilgrim path, following both ancient and new roads toward an intimate Encounter with Him.