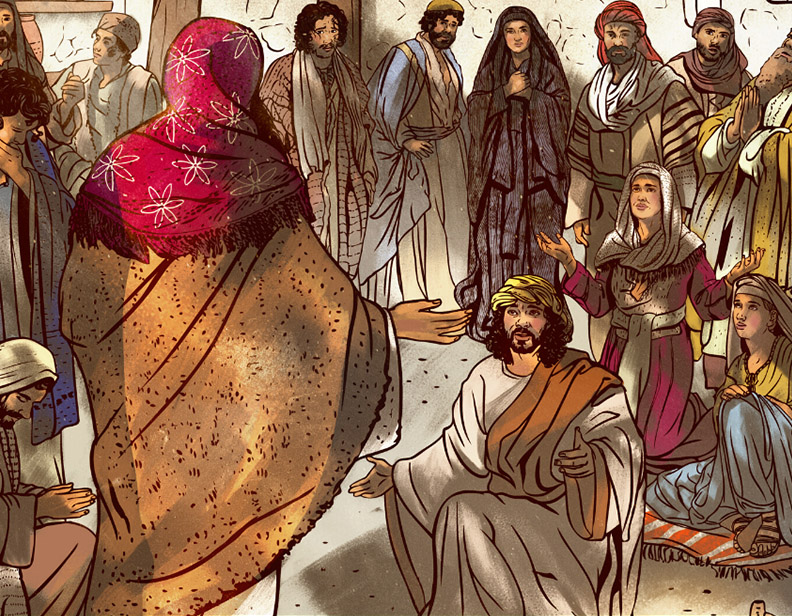 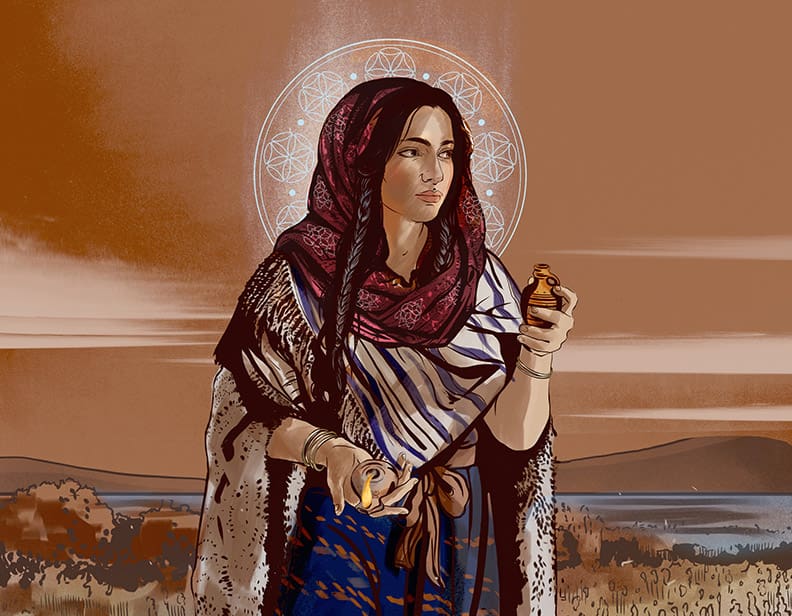 WHO WAS
Mary Magdalene

Our starting point is the scriptural record that she was possessed by seven demons.  Interpretations of this abound, from a real possession to a psychological illness.  Considering the human person as an entity of body and soul, can we assume that the influence of evil spirits becomes manifest in the corporeal and psychological realm?  Scriptures testify to a real battle taking place between the Kingdom of Satan and the Kingdom of God.  Jesus preaches repentance for the Kingdom of God is at hand.  How were these words received by Mary Magdalene?  What was the soil of her soul upon which these words fell?

A change in history

Up until the mid-20th century, Mary Magdalene was traditionally described as a prostitute.  Some authors associated her with “Miriam Megaddlela” or Miriam with the braided locks, named in the 2nd century Talmud.[1]  This title refers to a woman’s hairdresser, which connotes “prostitute”, or someone involved in a non-reputable occupation.  Mark 16:9 and Luke 8:2 refer to Mary as the one from whom seven demons were expelled, leading to a conclusion that she was a woman in need of restored dignity. Luke 8:3 also alludes to her wealth, naming her first among other women who cared for Jesus out of their own sustenance (Luke 8:3).  One of the women in her company was Johanna, the wife of Herod’s steward, and possibly a woman involved in the court life.  Was Mary Magdalene among those women as well?

Biblical History Under Your Feet

Accompanying him were the Twelve and some women who had been cured of evil spirits and infirmities, Mary, called Magdalene, from whom seven demons had gone out, Joanna, the wife of Herod´s steward Chuza. Susanna and many others and many other who provided for them out of their resources (Lk 8:2-3).

Want more information on Mary Magdalene? Check out our library of books available on our online shop here

Walking around the ruins of her hometown conjures up images of the first century ambience in which she lived.  A strong religious presence can be imagined as one walks around the first century synagogue with a Temple model (The Magdala Stone)2 set inside the synagogue.  Rabbinic literature mentions a synagogue and famous bet midrash, even naming a scribe and Rabbis Isaac and Judah.  One of the 24 priestly families had its seat in Magdala, possibly the order of Ezequiel.3 What influence did this religious environment have on Mary Magdalene?  Did she subscribe to it? Or rebel against the strictness of the law enforcing leadership?

On the other hand, art work reveals a Greco-Roman influence dominating the cultural milieu at the time of Jesus.  Galileans in the first century had already seen the crumbling Jewish Hasmonean dynasty usurped by Roman political domination. Most Galileans were rural dwellers, farmers and fishermen. Magdala is a town where they could prosper from their livelihood.  It was a commercial trade center with a thriving fish industry, particularly a pickled fish market exporting its goods to Rome. As a religious, cultural and economic center, the Jewishness of the town comes face to face with the Greco-Roman influence. The Talmud recognizes Magdala as a prosperous city with an immoral reputation. Its demise in 67 AD by Roman troops is seen as a punishment for its wickedness. How does this cultural context influence the imagination of women of the first century? Were young women, such as Mary Magdalene, enticed by the pagan Roman culture?

Amidst the obscurity of her life, one fact is certain.  Her life radically changed upon meeting Jesus of Nazareth, so much so that she followed Him to the foot of the cross (John 19:25) when many of his closest followers fled in fear.  The “before & after conversion” of Mary Magdalene are juxtaposed with 2 gospel stories: the adulteress woman (John 8) and Mary of Bethany who anoints Jesus with expensive nard (John 12). Early Church Fathers of the East and West debated whether these “3 women” were one and the same.  The Eastern church predominantly stating they were 3 different women, while the Western Church remained steadfast in identifying them as one and the same woman, Mary Magdalene.

This debate resurfaced during the Protestant reformation and once again among biblical exegetes in the mid-20th century.   Around the same time, feminist movements in North America attempted to liberate Mary Magdalene from her “prostitute stigma”, only to be counteracted by a refocused approach in the Catholic church on her restored dignity through “New Life in Christ”.  On June 3, 2016, Pope Francis initiated a “liturgical upgrade” to offer Mary an honored position among the celebrated apostles in its liturgies.  The decree offers renewed reflection on her story considering God’s mercy and the testimony of an authentic promoter of the Good News.

Mary, an icon of hope

Magdala’s contemporary worship center, Duc In Altum4, houses a chapel with a mosaic depicting the moment of Mary Magdalene’s transforming encounter with Jesus.  Her hand is extended towards Jesus as His finger points at her.  Seven demons are cast out as her other hand rests over her heart.  All viewers can reflect on the healing balm of one look, a look of unconditional love and acceptance that penetrates the false fortress of a broken heart and restores peace of mind at the realization of the truth of one’s dignity.  A Christian onlooker sees this and beyond.  They see “the finger of God that drives out demons and the Kingdom of God coming upon them” in the very Person of Jesus.5

From Mary Magdalene´s story, we could paint her as an icon of hope. Mary was certainly a curious onlooker, as so many were in Jesus’ day as he went about the towns of Galilee teaching in the synagogues, preaching the Good News and healing all kinds of illnesses.6 Surely she heard Jesus’ invitation: “Repent and believe in the Gospel, for the Kingdom of God is at hand.”  Her final unguardedness let the love of Jesus become effective in her heart.  And it was rewarded with a growing passion to follow Him and be the privileged first to announce the Good News that Jesus had not died, but truly lived.  It is an invitation that continues to echo today to all who wish to experience a true transformation of the deepest kind.  And that is good news that brings hope to the brokenhearted.

The Institute seeks to highlight issues of human dignity – with an emphasis on the dignity of women – and contributions of the feminine genius in both religious history and facets of life today.  We hope to engage in important discussions and honor the essential characteristics that women offer humanity. These characteristics can be highlighted in prominent women of the Bible, women through history and contemporary women.