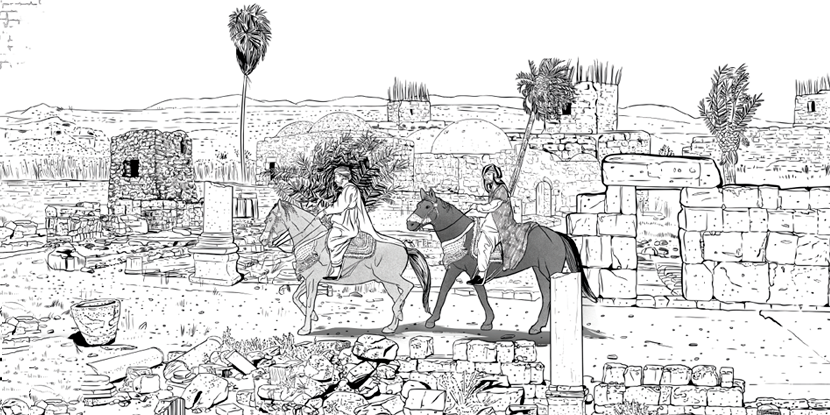 A Church in Magdala

It is a fact: there was a church in Magdala. As we have seen, around the year 800, Epiphanius testified to it. In addition, two centuries later, Pseudo-Peter of Sebaste would also speak of a church in Magdala, and in that church it was remembered, “how Christ expelled the seven demons that were in Mary Magdalene”. But who and when was this church built?

Around the year 1000, an anonymous author wrote a biography of Constantine and his mother Saint Helena. In this work he narrates that, on her journey through the Holy Land, Elena “found the house of Mary Magdalene, and there she erected a temple”. Can we consider the mystery solved? Maybe not. Indeed, prudence would advise to take this information with some skepticism. On the one hand, this text was written more than five hundred years after the alleged events; on the other hand, if Saint Helena really had erected a temple at Magdala, it would be strange that until the year 800 no pilgrim had noticed a church worth mentioning there. For this reason, it seems preferable to be cautious and consider the origin of the church of Magdala still an open question.

However, something can be stated with certainty: at the beginning of the second millennium there was a Church in Magdala, and it was old and impressive enough for our anonymous author to think that it had been built almost six centuries before by the mother of the emperor. For more information, we will have to wait for the archaeologists to discover the church of the temple and reveal its secrets. Who knows? Maybe, after all, the pious biographer was right.