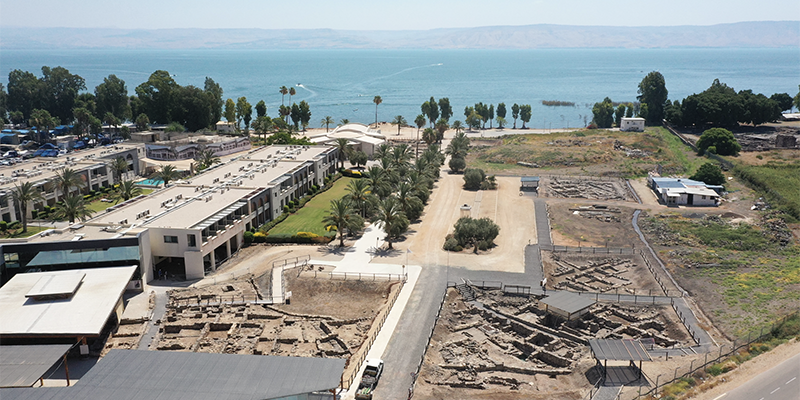 In 1517 the Ottomans took control of Palestine, leaving a deep footprint there. Pilgrims visiting Jerusalem today can still contemplate the city walls that Suleiman the Magnificent restored around the Old City.

At this time, pilgrimages were still rare, but the Franciscans, who lived there, wrote down what they saw. One of them was Fr. Francesco Quaresmio (1583-1650), an enthusiast of the Holy Land. After spending several years there, and even taking over the Custody of the Holy Land for a few months, he left us a detailed description in his book Terrae Sanctae Elucidatio. Fr. Quaresmio writes that Mary Magdalene’s castle was called Magdalum, and “some claim that they saw her house.” For this author, the name Magdalum indicated “the towers and magnificent walls with which the castle was equipped”—in Aramaic, magdala means tower or fortress. And he adds: “This is why St. Jerome said that Mary was rightly called ‘Magdalene’, that is, ‘the one of the tower’, because of her singular faith and unwavering courage.”

Fr. Quaresmio’s writing is interesting for several reasons, but I would like to underline just one: the symbolic interpretation of the Magdalene’s name. She was not only called this because she was originally from Magdala, but because she had a faith and love like a “magdala”, like a fortress. The Magdalene is like the holy city of Jerusalem, about which Isaiah sang: “We have a strong city; God makes salvation its walls and ramparts.”