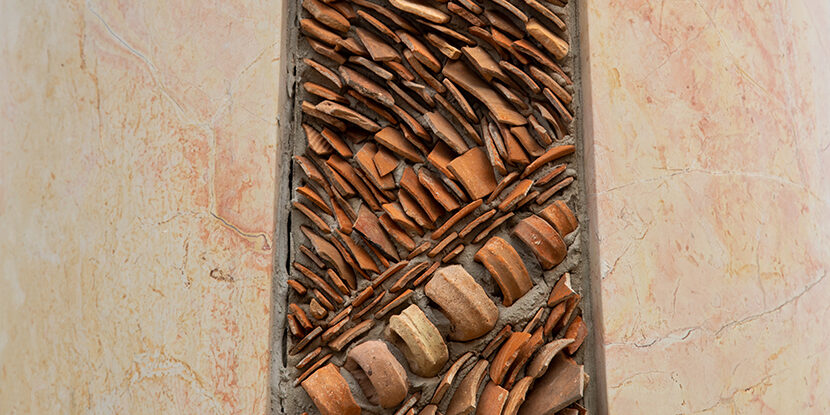 In his youth, Rabbi Shimon Ben Lakish (3rd century C.E.) was a gladiator, leading a vicious life. However, after a chance encounter with Rabbi Johanan, he changed his life and would in turn become one of the wisest and sharpest rabbis that ever existed.

One day, Ben Lakish had a bitter dispute with Rabbi Judah the Prince, disagreeing with him on the interpretation of a certain law. Judah ordered the guards to immediately arrest him, but the Gladiator Rabbi slipped away and took refuge in Magdala. The Jerusalem Talmud says that, while Ben Lakish was at Magdala, the inhabitants of the city took the opportunity to bring before the famous rabbi a question, “Is it allowed to use stones from one synagogue to build another?” To which the rabbi swiftly replied: “It is forbidden!”

What led the inhabitants of Magdala to ask such a question? The Talmud does not explain it, but I have a suspicion. Knowing that in Magdala there was a synagogue that had been in ruins for a couple of centuries, is it not plausible that the Magdalene’s intended to use the beautiful stones of the ruins to build a new synagogue with less effort? Of course, this is only a hypothesis, but if it were true, Ben Lakish’s response would have prevented the Magdala synagogue of the first century, from being completely dismantled. In that case, anyone who visits Magdala today and contemplates with his eyes the ancient synagogue, can only remember with respect and gratitude the Gladiator Rabbi.