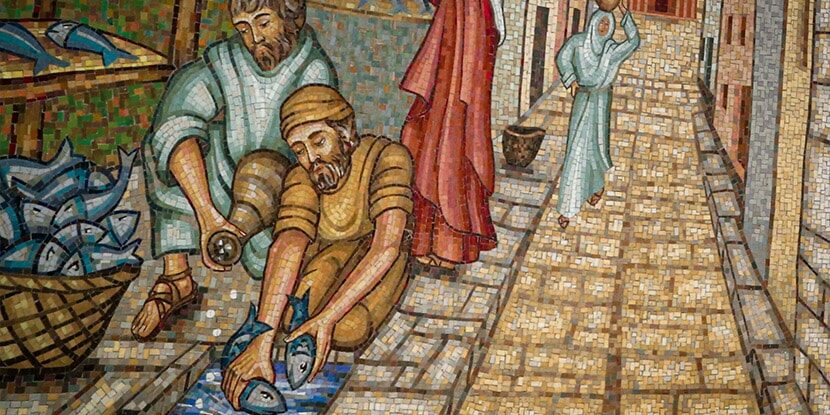 The ancient world outside Palestine knew Magdala with the name of Tarichaea (salting factory). The city´s salted fish was quite famous. Only one author could lead one to think that Tarichaea and Magdala were two different cities. Pliny the Elder, in his work “Natural History” (around 70 AD), says that Lake Gennesaret “is skirted by the pleasant towns of Julias and Hippos on the east, of Tarichaea on the south (…), and of Tiberias on the west.” As Magdala is somewhat north of Tiberias, it does not match with Pliny’s description of Tarichaea. Nevertheless, though Pliny did considerable research, he was never personally in Palestine. Therefore, he probably was imprecise in his description, and we can continue identifying Tarichaea with Magdala as most scholars do.
Strabo, also wrote about Tarichaea a few years before the birth of Christ. In his remarkable Geography, the Greek scholar wrote: “At the place called Tarichaea, the lake supplies the best fish for curing.” In the various excavations that archaeologists have performed in Magdala, they have unearthed a huge harbor, as well as abundant fishing tools. The harbor is unusual on the entire Lake of Galilee because of its size and beauty. In addition, more recent excavations have revealed small pools that look like structures designed for salting fish—this kind of structure is well known in other ancient Roman cities, such as Cádiz in Spain. Thus, Magdala fits very well with Strabo’s Tarichaea: an excellent fish salting center, famous throughout the world.