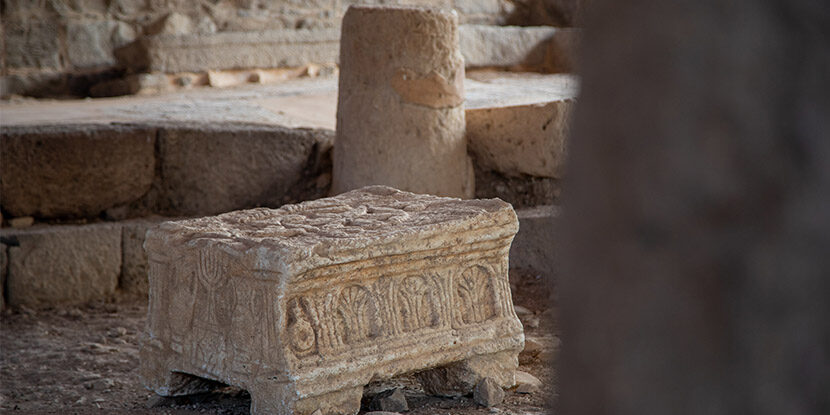 Ancient Jewish sources speak of a certain Nikai, who was a scribe at the synagogue of Magdala in the 2nd century AD. According to some, he was an exemplary Jew: every Friday morning he would travel from Magdala to Jerusalem, give a lesson on the scriptures in the Temple, and then return before the sunset to Magdala to observe the beginning of Saturday. Undeniably, traveling more than 300 kilometers in one day requires more than much zeal for the Law: a true miracle.

However, other texts do not hide certain antipathy for this character. It is said that the famous Rabbi Shimon Bar Yochai purified the city of Tiberias. That city had been built on a cemetery, consequently the Law forbade the Jews to dwell in it, but Bar Yochai searched and dug up each of the corpses, leaving Tiberias ready to live in it. Apparently, Nikai was not convinced by this story, so one day as Bar Yochai passed by Magdala, the synagogue scribe said, “So you have purified Tiberiades, huh? Well, some say that another corpse has been found there!” To which Bar Yochai replied: “I did this inspired by the Holy Ghost, but I did not see you helping me.” At these words, Nikai became a pile of bones.

I have the impression that we will never know exactly who this Nikai was. What we know for sure is that in the 2nd century, after the destruction of the synagogue that Jesus knew, in Magdala there was already another synagogue, and that its scribe would be remembered by Jewish sources, for better or worse.