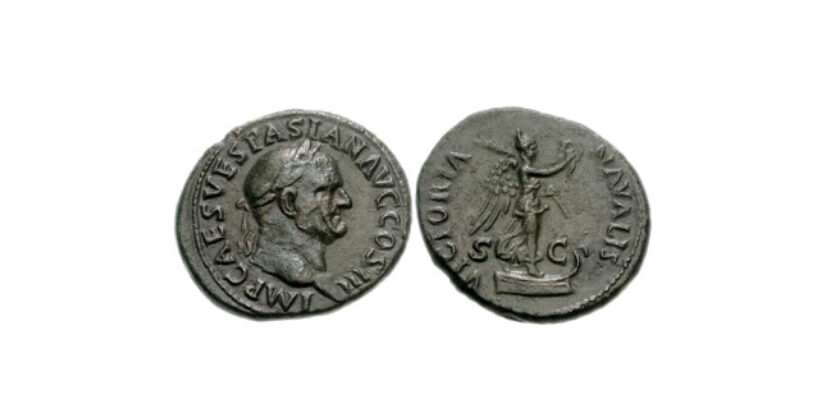 Flavius Josephus, already a prisoner of the Romans, describes how Vespasian, having subdued the city of Tiberias, headed towards Magdala (Tarichaea) to conquer it. All the insurgents of Galilee had taken refuge there. It was around the year 67 of our era.

Vespasian arranged two thousand archers on the slopes of Mount Arbel and commanded his son Titus to face the rebels gathered in large numbers on the plain in front of Magdala. The Romans with little effort disrupted the enemies, massacring many of them. Some managed to take refuge in the city, but soon a brawl started withing the walls: the citizens of Magdala did not want war, while the foreign insurgents threatened them with death if they dared to surrender. Taking advantage of the internal squabble, Titus and his men entered the city by the lake—the only part of the city not protected by a wall—and they began to slander the citizens. A considerable number of enemies managed to get a ship and tried to flee through the lake. But then Vespasian, building an improvised fleet with Roman soldiers armed up to their teeth, launched himself in the pursuit. Not a rebel escaped, and Josephus dramatically noted, “one might then see the lake all bloody, and full of dead bodies: This was the outcome of the sea fight.”

The victory in at the shores of Magdala would remain imprinted in the memory of Vespasian, who, years later, already as the Emperor of Rome, would mint a coin to celebrate that event, writing on it: “Naval victory”.