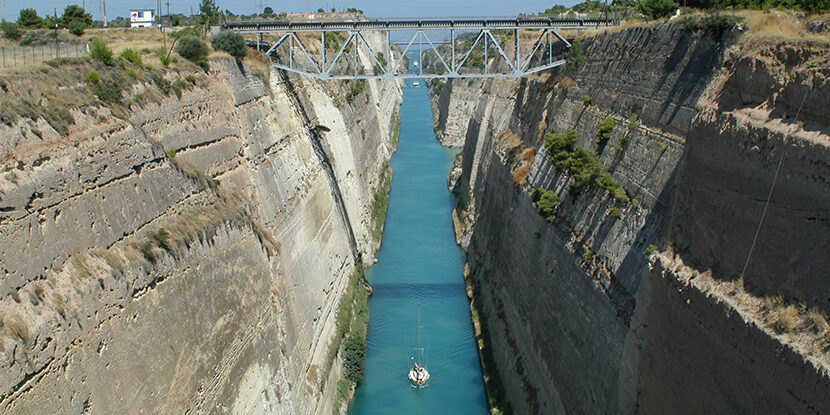 Corinth was an important harbor in Greece. Any ship wanting to cross from the Adriatic Sea to the Aegean used to stop there. To cross the Isthmus of Corinth—that narrow strip of land that connects the Peloponnese to Greece—the ships were taken out of the water, dragged for four miles, and released in the other side of the isthmus. Emperor Nero, in AD 67, decided to facilitate the passage by digging a canal that joined the two coasts.

On that year, Vespasian defeated the anti-Roman rebels at Tarichaeae-Magdala. Josephus tells us that the general spared the lives of the city’s inhabitants. He knew that the Magdalenes had opposed the rebellion provoked by the outsiders: it was these who were truly guilty of death. However, so as not to cause concern to those of Magdala, Vespasian decreed that the outsiders could also go free, although he forced them to leave by the road to Tiberias. Actually, it was a ruse: as they reached Tiberias, the Romans led them directly to the stadium. Once everyone was there, all the useless ones were slaughtered, and the rest were sold as slaves. Six thousand of these were sent to Nero to excavate the Corinth canal.

Nero would die shortly afterwards, and with him, the canal project. Only in 1893, after many failed attempts, would the work be completed. Today you can admire the canal that, almost twenty centuries ago, six thousand rebels whose feet had tread Magdala streets began to excavate.