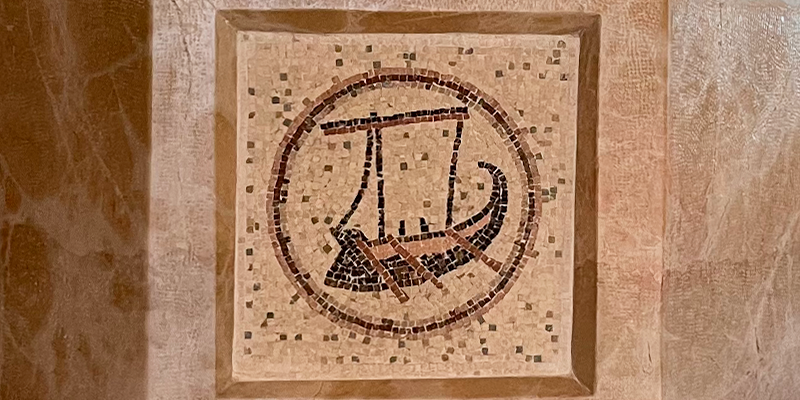 A resting place for Byzantine pilgrim

In the 70´s of the past century, archaeologists found in Magdala the remains of a large monastery of the Byzantine era. Within, evidence indicated that the monks there welcomed the pilgrims who passed by.

The monastery, located south of the Franciscan property, stretched over an 8,500 m² space surrounded by a wall. In the north section of this enclosure, there were rooms with mosaic floors: possibly the rooms dedicated to pilgrims. A little further south, there was a room that archaeologists thought might be the monastery chapel since they found some church objects there, although this matter is debated. In addition, inside the large courtyard of the monastery, there was a bath installation, which probably would be intended for the bathing and resting of pilgrims. No ancient writing mentions the monastery of Magdala, but it is a fact that such monasteries dedicated to the care of pilgrims existed in the Holy Land. Egeria often recounts how she stayed in monasteries throughout her pilgrimage, and ruins like those of the monastery-hostel of Magdala (including a spa) were found in Kursi, on the other side of the lake.

As Luke says, Mary Magdalene “served the Lord with her goods” (Lk 8:3). Following his example, in the Byzantine period, the monks of his native Magdala continued to serve Christ through his pilgrims.

Magdala Through History | The Smart and Sweet Crusaders
26 July 2022