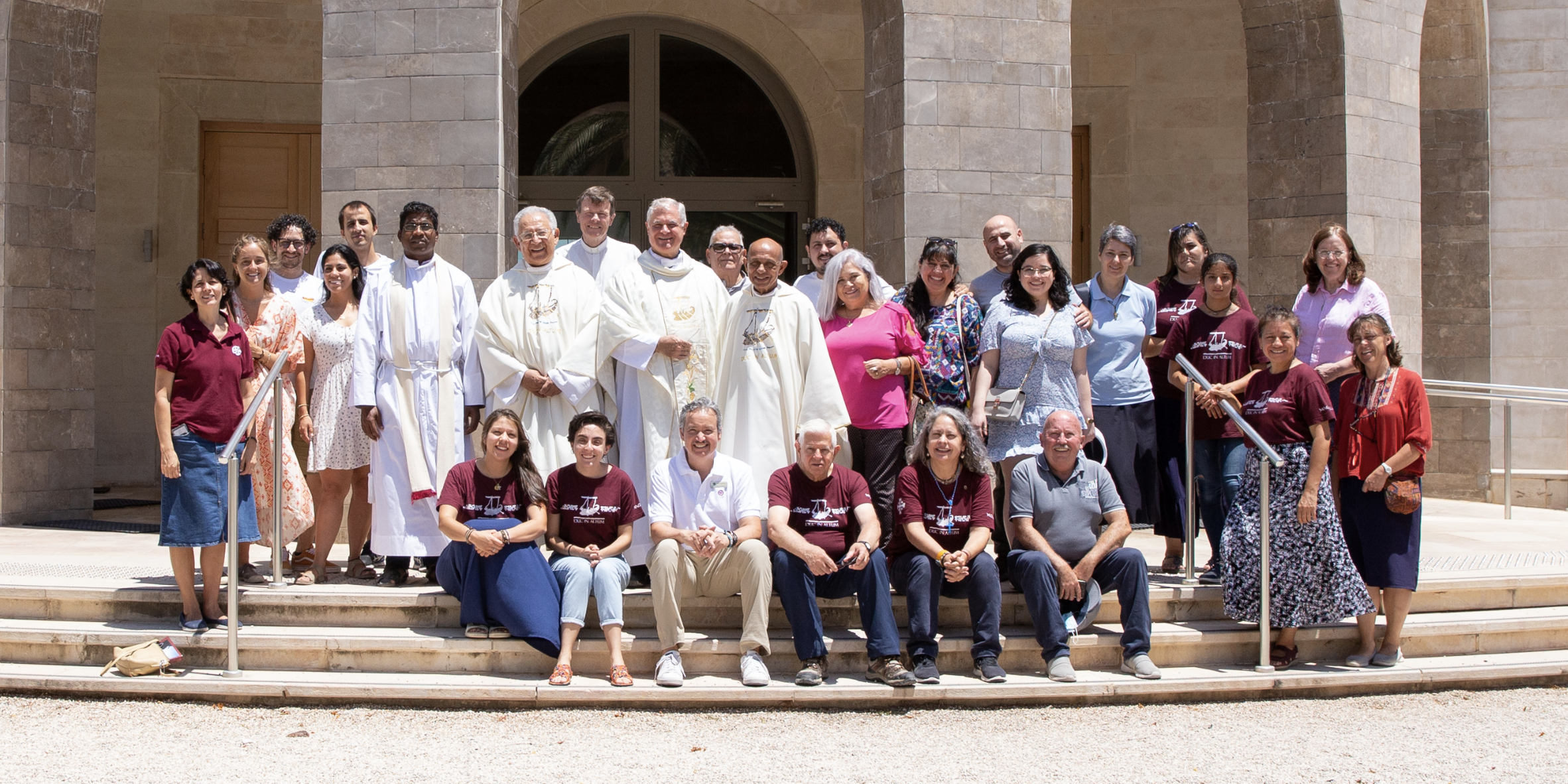 On this occasion, I would like to return to a consideration offered by the Gospel of Saint John. That beautiful passage is the encounter of the Risen Jesus Christ with the Magdalene. I invite you to re-read it and savor it in a moment of silence and prayer, and I want you to pause and focus on the first word that comes out of the mouth of the Risen Jesus Christ. The word is “Woman,” addressed to Mary Magdalene.

Suppose we consider this is how Jesus expressed himself when speaking to his mother or speaking of his mother. In that case, we should be overwhelmed by the emotion of thinking that he addresses Magdalene with the same expression.

It electrifies me to think that Jesus says “Woman” right after the most important event in history, his resurrection. Jesus Christ is renewing creation in its entirety with his resurrection, and his first word is “Woman.” He carries the word on his lips and in his heart.

Is Jesus Christ taking up the story of creation and remaking or recreating that story from another woman, Mary of Magdala, representing that first Eve?

It is no small thing that Jesus has chosen the moment of Easter Sunday, the circumstances and this word, to shake the wounded heart of Mary Magdalene aching from the scandal of the Passion, to revive in her heart hope, love, and faith in “her teacher,” her “Rabboni.” Yet, to understand the words of Christ to the Magdalene in terms of simply tenderness towards a justly desolate and sad woman would be to misrepresent the event.

This passage must be read in terms of a new creation that is inaugurated with the resurrection. The protagonists are Christ and a woman, and it is legitimate to see them as the equivalent of that first original couple, Adam and Eve. This has usually been the interpretation of the Holy Fathers, Christ the new Adam, and woman, especially the Virgin, though not exclusively, the new Eve.

In the generic appellation “woman” that Christ gives to Mary Magdalene, Christ seems to be contemplating the original woman and all women. If the resurrection completes creation, it can be said that it also brings to perfection what was initially God’s idea: to make man and woman a unity of persons within a diversity of functions. If we analyze this through the lens of anthropology, we would say that with the original man, there was a significant shortage that he could not solve, loneliness, and insecurity. God invented “woman” to fulfill that congenital deficiency of man. The woman will always be the column that will support a man threatened by loneliness and insecurity. For this reason, Mary Magdalene is an icon for all women.

Following biblical interpretation, Jesus is shown as the Lord of the “woman” of all women. From his resurrection onwards, no one will have “domain” over women but Jesus Christ. He frees them from the historical conditioning associated with their status as women and makes them agents alongside men in his work of redemption. The Kingdom of Christ hence is an enterprise to be carried out by all in the unity of mission, function, and effort.