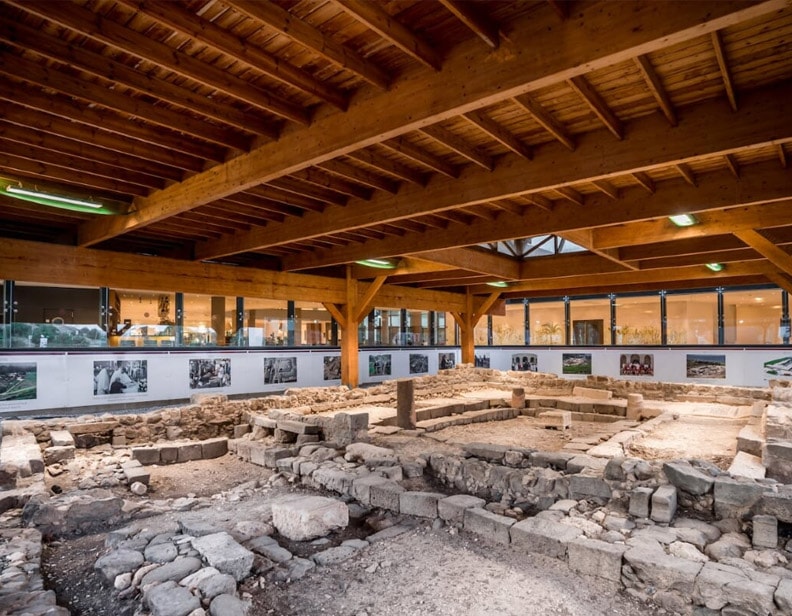 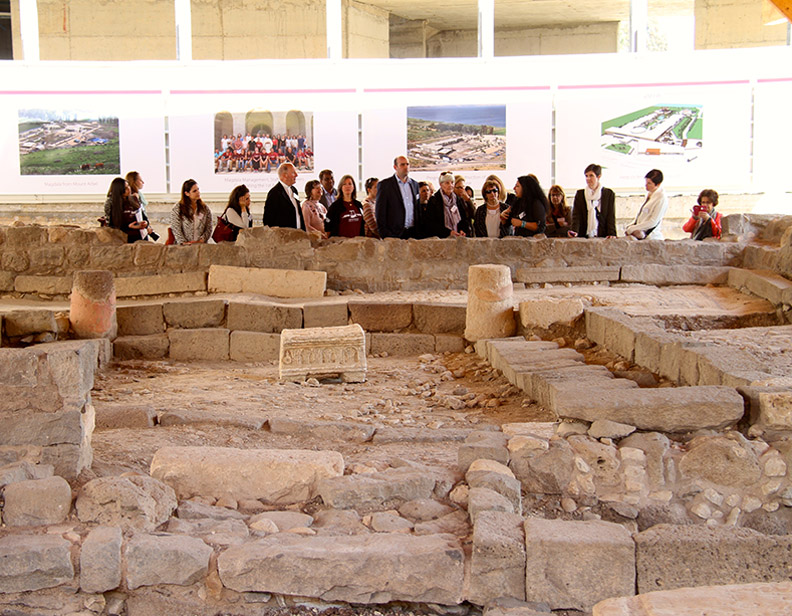 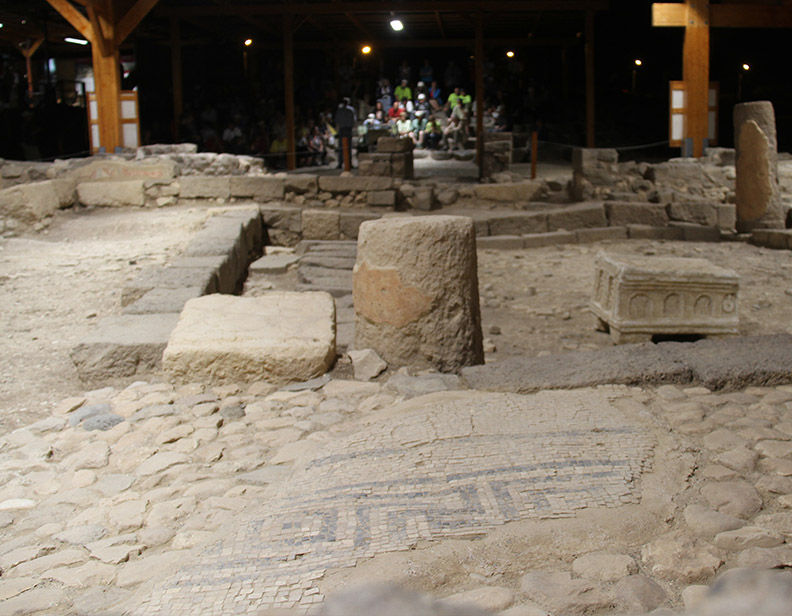 When you think of biblical Galilee it is easy to picture images in our minds of fishermen in their boats, Jewish seaside cities, Roman soldiers, and crowds gathering to hear the words of a humble Rabbi from nearby Nazareth. His name was Jesus.

Jesus spent the majority of his ministry in the Galilee region. It is in Galilee that Jesus established his home base, called his disciples, and performed many of the great miracles we read about in Scripture.

Crossroads of Jewish and Christian History

The ancient town of Magdala was established in the Hellenistic Period and grew to a thriving fishing village by the time the Romans invaded the Galilee in 67 AD. Situated on the shores of the Galilee along a major commercial trade route, the Via Maris, and on the way from Nazareth to Capernaum, Magdala was an active city filled with fishermen, shopkeepers and townspeople. Providentially uncovered in 2009, archaeological discoveries indicate the presence of an observant Jewish Community in Magdala, as is evidenced in its First Century Synagogue. This synagogue is one of seven in the world and the best preserved today. In the center of the synagogue archeologists found the Magdala Stone, a discovery they have quoted to be, “one of the most significant finds in the past 50 years.”

It is in Magdala where Jesus likely taught the multitudes and healed the afflicted including a woman who made her hometown famous, Mary Magdalene.

Biblical History Under Your Feet

Jesus went throughout Galilee, teaching in their synagogues, preaching the good news of the kingdom, and healing every disease and sickness among the people. (Mt. 4:23 )

December 24 - December 30 No tours on site will be available

WHAT TO VISIT
Main Attractions

The mosaics and frescoes found in the synagogue reveal the Greco-Roman influence in the Herodian period. A small mosaiced room on the southern side of the synagogue was likely where the Torah scrolls were stored. In the center of the synagogue stands the unique Magdala Stone.

With only 10% of the archaeology uncovered, the hometown of Mary Magdalene already provides pilgrims an authentic location to walk where Jesus taught and to connect with the first century life of Jesus’ followers.

One of the most significant recent archaeological finds in the Holy Land, the Magdala Stone holds clues that will help scholars establish a more complete picture of first century Judaism. The Magdala Stone is likely the earliest known artistic depiction of the Second Temple.

The front of the stone depicts the oldest carved image of the Second Temple’s seven-branched menorah ever found, and it is this discovery that has produced intense excitement among the archaeologists at Magdala.

The long side of the stone depicts the side of a building with pillared archways, with three dimensional design to create the illusion of appearing inside the temple.

The back of the stone depicts a pillared structure with two wheels above a geometric shape, illustrating fire. Presumably, the front and sides of the stone carvings represent the Second Temple in Jerusalem, and the back side depicting wheels and fire represents the Holy of Holies.

Also of great interest to scholars examining the stone is the large rosette on the top side of the stone, consisting of six petals surrounded by six identical petals. The symbolic meaning of this rosette has not yet been established, but the number twelve could relate to a number of biblical traditions and its prominence on the stone indicates it is certainly of great significance.

The stone is covered in decorative symbols relating to the structure of the Temple and ceremonial Jewish objects that may unlock many unsolved mysteries which have long baffled archaeologists.

Magdala was clearly an influential and prosperous city in its time, as evidenced by the elaborately decorated buildings which have been found here. Several buildings identified as mansions, most likely the homes of Magdala’s wealthy merchants, are located along a street south of the synagogue. These mansions were paved with colorful and intricate mosaic floors, which can still be seen today.

Another impressive feature of the city are the four mikvaot (ritual baths) which are the earliest ever discovered in the country to use subterraneous flowing water. The sophisticated plumbing of these mikvaot is one more proof that Magdala was at the forefront of regional commerce and culture in the first century. More impressively is the fact that these are still functioning today.

Adjacent to two of the miqva´ot is a mosaic room with a similar pattern as the synagogue mosaic.

In its prime, Magdala was a prominent city along the trade routes surrounding the Galilee. This is reflected in the extensive and well-designed marketplace unearthed by archaeologists. A central paved street is flanked on its eastern side with shops that would likely have sold everything from pottery to woven goods to fresh produce.

The importance of Magdala’s fishing industry can be seen in several of these shops, where plastered pools of various sizes were designed to hold the day’s catch and display them for customers. One of the most impressive discoveries in the marketplace was the technologically advanced plumbing system which connected the shops with individual access to fresh groundwater. This system, which would have been a marvel two thousand years ago, is even more astonishing because it still functions today.

Magdala’s bustling fishing industry would have demanded substantial storage, which is exactly what archaeologists uncovered along the edge of the town. The remains of a large warehouse is next to a large stone wharf, which now stands on dry ground—but two thousand years ago would have been on the shoreline of the Galilee. The cellar of this warehouse still contains several pottery storage vessels, and is partitioned into separate halls.

IS THAT ALL?
Other points of interest