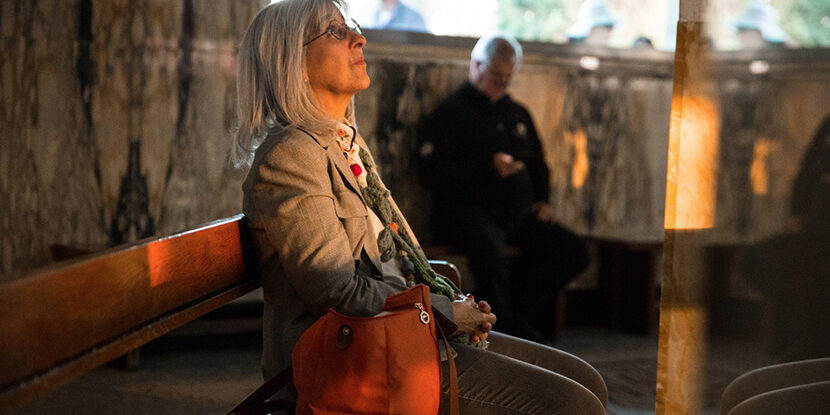 In the early 4th century Christianity ceased to be an illicit religion, and a river of people began to flow into the Holy Land. These early pilgrims were eager to find and venerate the places related to the birth, death, and resurrection of Christ. Even the mother of Emperor Constantine, Saint Helena, commanded to build the magnificent basilicas of the Nativity, the Holy Sepulchre and the Ascension.

At the end of the 4th century, a nun from Hispania named Egeria toured the Middle East. The Spanish nun was looking for the places of the Bible, and in her diary, she recorded in writing all the details of her journey. Unfortunately, some parts of her work have been lost, and among them, the part that speaks of the Lake of Galilee. It is true that some of this has been recovered thanks to the fact that Peter the Deacon, a medieval monk from Montecasino, used abundantly the diary of Egeria to compose a book on the Holy Land. In the work of Peter, scholars have been able to identify some paragraphs of the Spanish nun in which she described the house of Peter in Capernaum and the Church of the multiplication of the loaves in et-Tabga, but of Magdala, not a word.

Did Egeria visit Magdala? Have we lost her description? Or was there nothing specifically Christian at that time and so she did not visit it? I am afraid we will have to find the complete manuscript of Egeria to find an answer. In the meantime, we will continue to listen to the stories of pilgrims who came after her.